Ajax Linen & Uniforms has enjoyed a long business partnership with the Chicagoland community, which spans several generations. The company originated in 1922 , when Angelo and John Paros founded Oriental Cleaners and Dyers, located on Chicago Street in downtown Joliet, IL. To provide additional services to the quickly growing community, a uniform rental division named Oriental Uniform Rentals was developed in 1972, which was led by Peter Paros and his father Theodore Paros.

1979 brought the addition of a new plant, built in Shorewood, Illinois where it remains today, while the cleaners division can still be found on Chicago Street in Joliet. In 1994, Oriental Uniforms enjoyed a rebirth as it was renamed Ajax Linen & Uniform. Through their hard work, dedication and foresight the Paros family developed the high standard for conducting their business that remains steadfast to this day. They knew even in 1922 the importance of providing quality services to their customers. Today, Ajax services more than 500 businesses located throughout the Chicago land area, and Indiana. Ajax has gained much of its success and is set apart from its competitors by the ability to offer custom-tailored services to fit the needs of its customers through unique programs and advantages. In addition to uniforms, Ajax specializes in restaurant linen, dust control, towel services, restroom product-services, uniforms direct-purchase programs and floor mat services. 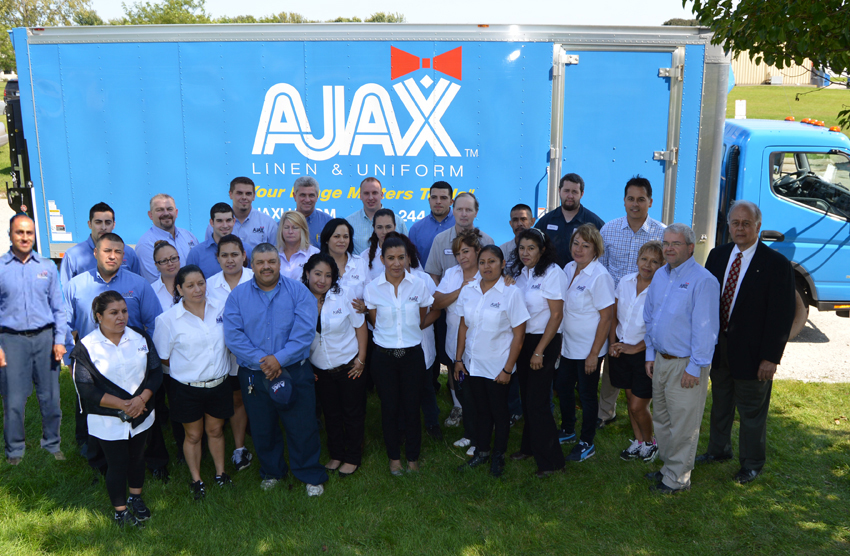